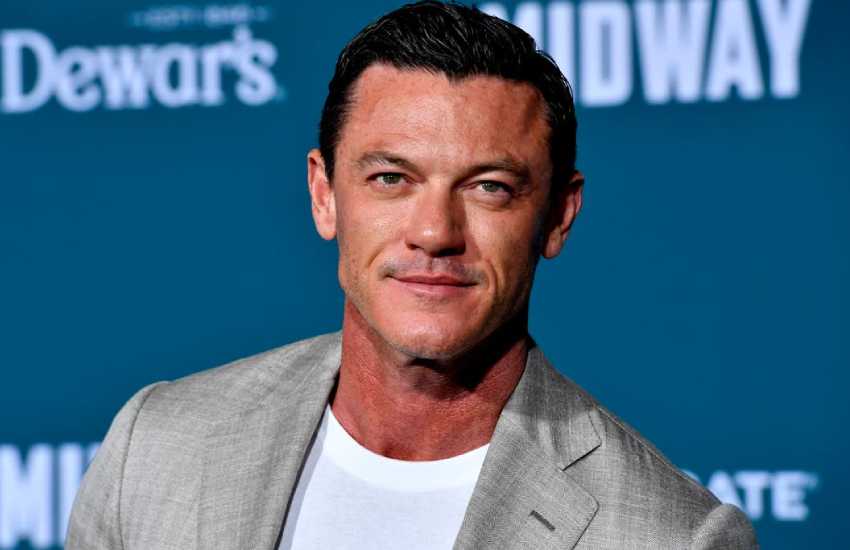 Luke Evans is a well-known Welsh actor and singer. Luke Evans is best known for his roles in films such as Beauty and the Beast, Clash of the Titans, The Fate of the Furious, and Professor Marston and the Wonder Women, among many others. Since the year 2000, the actor has worked in the entertainment industry.

Luke Evans was born on April 15, 1979, and is 42 years old. He was born on Easter Sunday. Luke is from Pontypool, Wales, and grew up in Aberbargoed. It is a small village in the Rhymney Valley of Wales.

Similarly, his full name is Luke George Evans, and his zodiac sign is Aries. Luke’s parents are Yvonne and David Evans. Despite growing up as a Jehovah’s Witness, Luke dropped out of school and the religion at the age of 16.

Luke later moved to Cardiff when he was 17 years old. There, Luke studied under the supervision of Louise Ryan. Louise is a seasoned vocal coach. Luke was then awarded a scholarship to the London Studio Centre in 1997. He also received a scholarship to Kings Cross, London, where he graduated in 2000.

Who is Luke Evans Dating Currently?

Luke Evans is an out gay man. Luke has been open about his sexuality since his early twenties, according to an article in the UK’s Gay Times. However, by his 30s, the actor was less willing to discuss his sexuality with the press. He preferred to keep his personal affairs private. In 2021, Luke will play Lars, a gay character in the upcoming miniseries Nine Perfect Strangers.

Luke was most recently in a relationship with Rafael Olarra. Rafael is an art director. The lovers began dating in the summer of 2019. In February 2020, the couple made their relationship public.

However, in a January 2021 interview with The Times, the actor revealed his split from Rafael. People believe the couple split up in October 2020. This was due to Luke unfollowing his lover on Instagram and deleting all photos of him on his personal account. Previously, Luke dated Shades of Blue actor Victor Turpin.

Luke Evans is approximately 6 feet tall or 1.83 meters tall and weighs approximately 79 kgs or 174 lbs. Other than that, there is no information available about Luke’s other body measurements, such as his chest-waist-hip measurements, biceps, dress size, and so on. Furthermore, Luke Evans has dark brown hair and green eyes.

On October 1, 2019, Luke launched his “Luke Evans” YouTube channel. As of June 2021, this channel had received over 16.5 million views and 124K subscribers. Similarly, the actor has over 3.8 million people following his journey on Facebook. Moving on, Luke Evans’ net worth is estimated to be around $6 million US dollars.

Luke Evans works as an actor and singer professionally. Luke began his career on stage, performing in many West End productions before making his film debut in the 2010 remake of Clash of the Titans. His stage credits include Rent, Miss Saigon, and Piaf.

Luke appeared in several action and thriller films shortly after making his acting debut. Immortals, The Raven, and the re-imagined The Three Musketeers were among them in 2011 and 2012. Then, in 2013, he played the antagonist Owen Shaw in Fast & Furious 6. He also played Bard the Bowman in The Hobbit.

In Dracula Untold, Luke played the vampire Dracula. In 2017, Luke played Gaston in Beauty and the Beast. In addition, the actor played the role of American psychologist William Moulton Marston in the biographical drama “Professor Marston and the Wonder Women.”

In addition, in 2018, Luke played the lead role in The Alienist. Luke released his debut album as a singer on November 22nd, 2019. It was called At Long Last. In addition, he will embark on At Long Last! The Live Tour in 2021. He also contributed to the soundtrack for Beauty and the Beast, which was released on March 10, 2017.

In 2020, the actor worked on a three-part miniseries titled The Pembrokeshire Murders. Luke is working on a few projects in addition to this biography. Some of them are the TV series The Little Town, in which he plays Gaston, and Echo 3, in which he plays the character Bambi. The actor is also filming for Pinocchio, in which he plays The Coachman.

Luke Evans was named “The Man of the Year” at the 2020 Virgin Atlantic Attitude Awards. Prior to this, the actor received the Teen Choice Award for “Choice Movie: Villain” for his role in Beauty and the Beast in 2017.