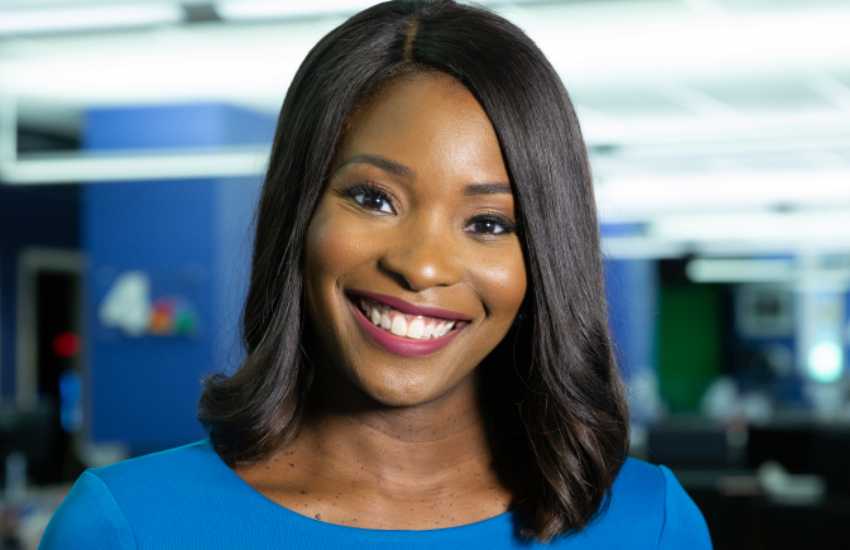 Jummy Olabanji, an Emmy Award winner, is an anchor and reporter for NBCUniversal Media, LLC. With her breathtaking reporting, this journalist has captured the hearts of viewers.

Jummy is of black ethnicity and has American nationality. She attended Westfield High School in Chantilly, Virginia. She then attended Virginia Tech in Blacksburg, Virginia, where she earned a BA in Mass Communication.

She attended Gonzaga University in Spokane, Washington. In 2011, she graduated from the University with an M.A. in Communication and Leadership.

Jummy Olabanji is Married to Who?

Jummy Olabanji married her husband Darren Sands on June 24, 2017. Their wedding took place at the International Country Club in Chantilly, Virginia. The couple’s wedding ceremony reflected both their cultural and heritage backgrounds. She wore a white lace gown with no sleeves and an embellished belt to her wedding.

Darren, Jummy’s husband, works as a staff writer for The Washington Post. In addition, he holds a journalism degree from Hofstra University in New York State. Jummy and Darren had been in a romantic relationship for three years prior to their marriage. However, the couple has been together for over a decade. In 2010, her boyfriend Darren proposed to her in Washington, DC. The couple is still parents, but they have a happy marriage.

How much is Jummy Olabanji’s Net Worth?

Jummy Olabanji’s net worth is estimated to be $1 million as a result of her working career. The average salary for an anchor and reporter ranges from $38221 to $59968. She did, however, earn more than the average salary.

The average salary of anchor and reporter WJLA at the station ranges from $132,719 to $139,132. She lives a lavish life with her family, thanks to her incredible earnings.

How tall is Jummy Olabanji?

She later became an organ donation advocate and now serves on the National Kidney Foundation’s Board of Directors. Jummy, on the other hand, is a member of the National Association of Black Journalists. Prior to joining NBC, she worked as a news anchor and reporter at WJLA-TV and other stations.